Hurricane Harvey flooded this house near Sugar Land, Texas in August and caught on fire on Dec. 17.
Former tenant Katoya Brocks opens the door to her old home for the first time since a fire destroyed it Dec.17. 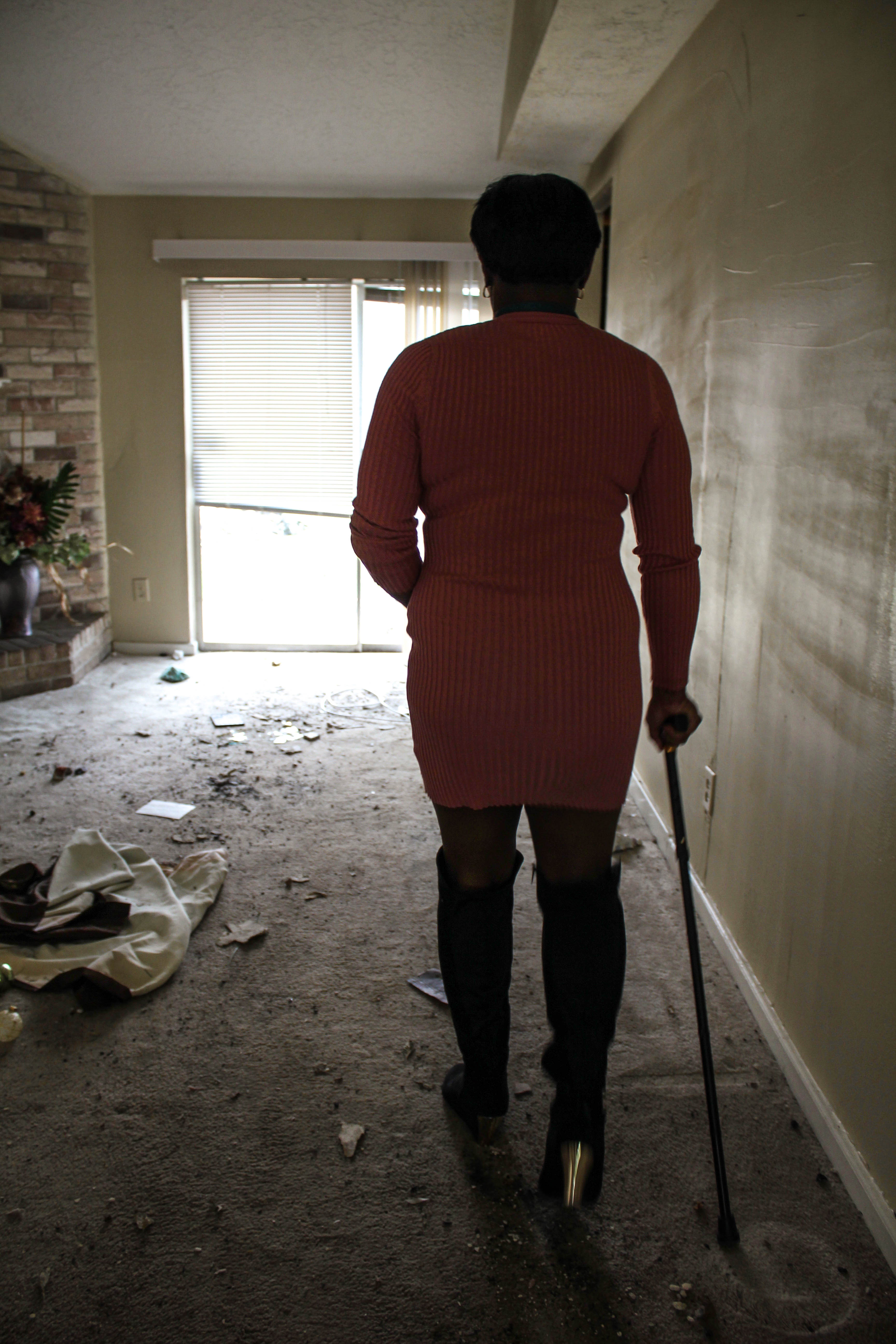 Katoya Brocks examines the ruins of what used to be her living room. The second floor erupted into flames on Dec. 17. 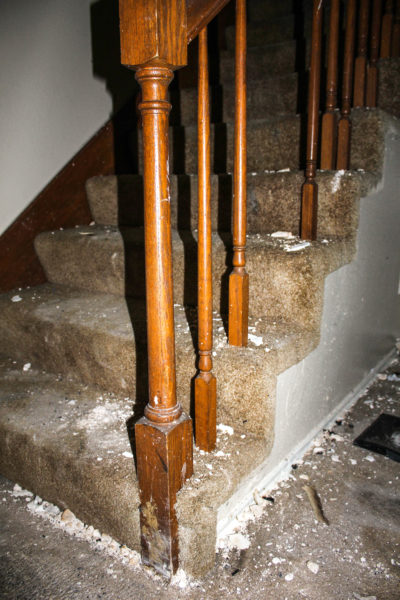 Katoya Brocks is relieved that her daughter was not home the night their house erupted in flames.

“If it wasn’t for our company Christmas party my daughter would have been in that room that night,” Brocks said. Luckily, her daughter was still at the babysitter’s.

That’s what Brocks is most grateful for after a challenging 2017.

The 36-year-old’s Houston house caught on fire on Dec.17 when temperatures were starting to drop. Before the fire, she noticed her lights flickering every time she turned on the heater. She said the problems with the heater started about three months after Hurricane Harvey hit and that the house was not repaired properly after the storm flooded the first floor.

Brocks had just moved into the Sugar Land area house with her 3-year-old daughter Nyla Ford on Aug.1 when, 25 days later, Harvey gave her a devastating welcome. The storm also left her with roof damage, leaking water and mold growing.

“Within 30 days the hurricane hit and after it did so, I just seen that I didn’t really have a landlord,” Brocks said. She said her landlord did send some workers to help her replace the carpet but that the mold was only painted over. She text messaged her landlord about the heater but she said that wasn’t addressed. The landlord did not answer repeated calls for comment for this story.

by Alejandra Martinez | Next Generation Radio

The night of her company’s Christmas party, Brocks fell asleep fatigued from chemotherapy. Brocks suffers from lesions on her brain and of stage 2 cancer on her back and began chemotherapy in June. She has seizures and issues with her vision but still maintains a job. The night of the fire, she woke up to her neighbor trying to get her out of the burning home.

“The neighbor was banging— I heard banging, banging and banging. ‘Your house is on fire, you have to get out of there’ and I jumped up,” Brocks said.

Brocks still doesn’t understand how she managed to sleep through the extreme heat and smoke. She remembers walking through the darkness of the smoke.

“I couldn’t breathe. You couldn’t see anything because it was really dark with black smoke and it was hot, extremely hot,” Brocks said.

The Houston Fire Department said the fire was ruled accidental and the electrical system was a contributing factor.

Five weeks after the fire, Brocks visited her home again for the first time. She describes the smell as “a little bit of mixture of something spoiled and something burning all mixed together.” She used her cane to look through her belongings scattered on the floor for anything to salvage.

Before walking out of what used to be her home Brocks found a silver frame on the floor.

“That is my son,” she said. “That is my son. I really don’t talk about him that much because it’s painful. It was many years ago but I still hold the memory.”

The photo array was of her son who died at nine months. She thought she had lost every photo of him and said if she had not come back to the house she would have never found these photos.

Along with Harvey flooding her home and a fire, 2017 was a trying year. Brocks lost her sister in mid-August. She said her pregnant sister passed away and left a baby behind.

After spending a couple weeks at a hotel after the fire, Brocks started her search for a new home. And after compiling all of the money from both her checking and savings account she realized it was not enough.

“And everyone was telling me they wanted first month’s rent, last month’s rent and a deposit and I’m like, I can’t afford that,” she said.

Brocks continued her search until she found an ad for a home listed on The Greensheet weekly circular. She called the owner, who was holding the house for someone else and waiting for a deposit. That deal fell through in Brocks’ favor and 30 minutes later she received a call.

Brocks and her daughter now have have a new roof over their heads. She feels grateful to have a new place after the series of trials she faced in 2017 and is now stressing over buying new furniture and appliances she will need.

“It’s still stressful, you know, trying to get everything all over again and you trying to make your daughter’s life as simple and normal as possible,” Brocks said.

She is trying to remain positive but the memory of smoke still lingers in her head.

“I always smell something burning and I just can’t sleep, and Nayla always was a kid to sleep in her own room but I won’t allow her to sleep in her room now. I can’t,” Brocks said.

Brocks said everyone tells her she needs to let her daughter sleep alone but the fire is still so fresh and she can’t find the strength to let her yet.