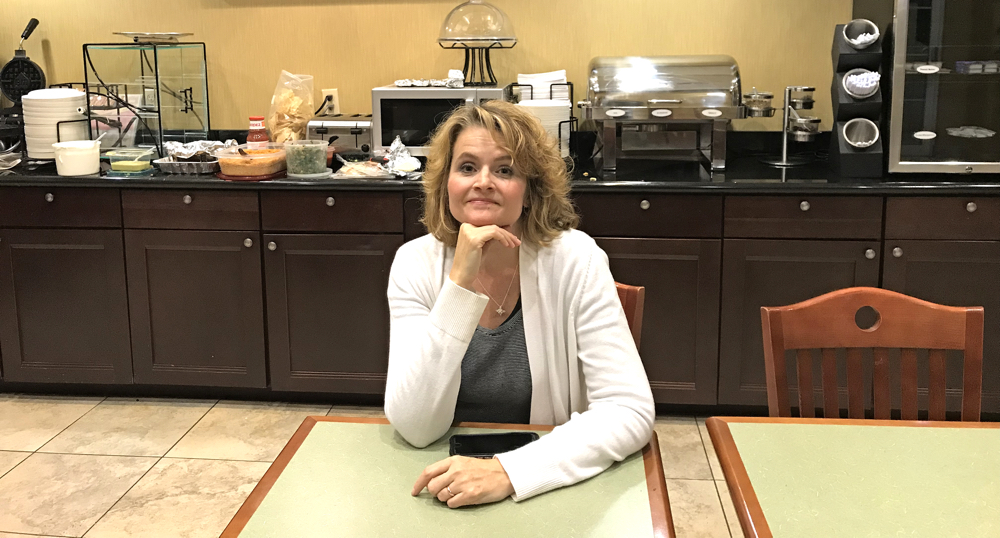 In the beginning, Fabi Richards just wanted to help a fellow homeschool mother who had been displaced by Harvey. Richards couldn’t do much, but she could bring some food to the family forced to stay at a hotel just outside Kingwood.

When Richards got to the Holiday Inn Express, she saw not just one family with nowhere to go, but dozens.

Suddenly she realized the need in the Kingwood area was much greater than she had imagined.

“I had this aha moment,” Richards recalled of that day, two weeks after Harvey had dumped 51 inches across the entire Houston region.

The storm, which made landfall in Texas on Aug. 25, stalled over the Houston area two days later — causing billions in losses, destroying over 15,000 homes and damaging over 200,000.

Many Harvey victims ended up in hotels paid by FEMA. In late October, 9,061 families were staying in FEMA hotels in Harris county alone.

In the Kingwood area, Richards soon learned, more than 120 families were spread out over five hotels around Kingwood and surrounding areas.

Richards and a friend decided to organize a potluck to bring food to the hotel families, many of whom had lost everything to Harvey. They put out a call on Facebook and almost immediately responses started to flow in .

“I am here with a bunch of snack stuff, Kool Aid boxes, homemade banana bread,” said another. “Do any of the guest have pets that need food?,” a third asked. “What about little girls that would like a homemade doll? “

Richards could not believe the outpouring.

“We were blown away,” Richards said. “Everyone at the hotel was beyond grateful.They couldn’t believe complete strangers would take the time and money to cook for them.”

by Aliah Edwards | Next Generation Radio 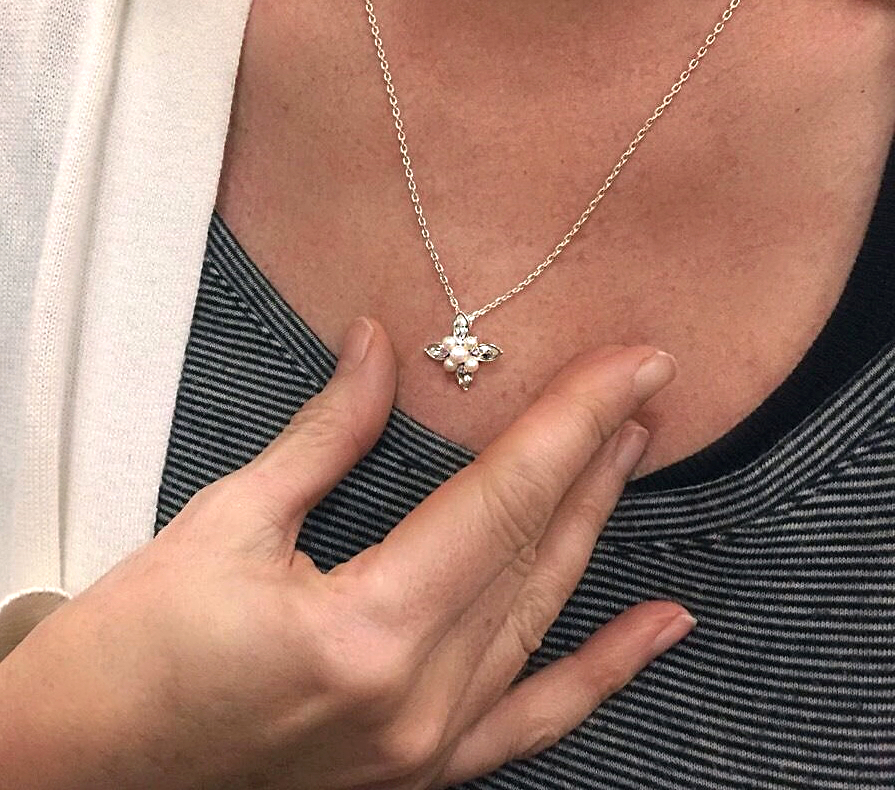 Vickie Mcnamee wears a pearl-encrusted necklace from one the victims she’s been assisting since early September post-Harvey. (Photo: Patrice Mondragon | Next Generation Radio)

Five months later, an estimated 5,474 families still feel forgotten—forgotten by the city, by FEMA, by the Red Cross, by the government.

However, Richards’ loose collection of helpers—the HEART homeschool community—has not forgotten about these families that slipped between the cracks.

HEART is a group of homeschool teachers that have come together for a cause greater than themselves. A core of nine people has been diligently working the hotels twice a week since since the week of Sept. 19, preparing over 600 meals for the families living out of hotels.

Vickie McNamee, one of the members of HEART, serves meals every Tuesday and Thursday to about 20 displaced families at the Best Western on Community Drive in New Caney, Texas, about 40 minutes northeast of downtown Houston.

McNamee was not personally affected by Harvey, a bit of good fortune that made her feel guilty—and moved her to help.

“I promised God that I would do everything in my power,” said McNamee, who is at once soft-spoken and strong-willed. Around her neck, she wears a silver cross dotted with pearls and white gemstones—a gift from Marina Ramione, a mother of six who is staying at the Best Western.

“That’s what amazes me. Even though these people have nothing, they have offered gifts and money to me,” McNamee said. “I don’t want it but they want so badly to give back. These are the most wonderful people you can ever imagine.”

Ramirez, a make-up artist who had to be evacuated from her flooded home with her children, recalled her first day receiving a meal from HEART.

“I gave Miss Vickie a big hug and thanked her tremendously,” said Ramirez. “Most of the time she takes money from her own pockets to help us .Who does stuff like that these days?”

On a recent Tuesday evening, McNamee walked in the Best Western carrying tin pans full with homemade chicken fajitas, beef fajitas and Spanish rice. The aroma of the fresh tortillas filled the lobby as a few families passed through to pick up plates.

A smile covered the face of one man who had just finished his meal. He threw his hand up in the air.

“Thank you, Miss Vickie,” he called. “See you next week.” 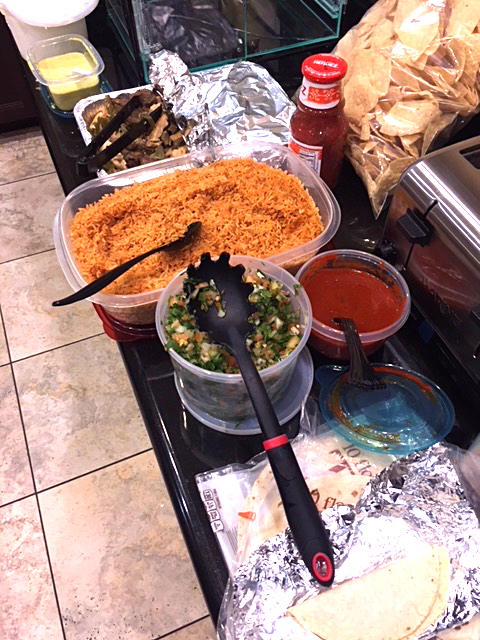